Kinmore Motor provides intelligent solutions under the area of IoT

What is the Internet of Things?

The Internet of Things refers to sharing data with other devices via the Internet. IoT devices include not only computers, laptops, and smartphones but also objects equipped with chips that collect and communicate data through the Internet.

The Range of existing and potential IoT devices is wide. Consumers often use smartphones to communicate with Internet of Things devices, including smart speakers and home thermostats. The Internet-connected applications provide users with great conveniences, such as it can help you make a shopping list or put your home HVAC equipment is turned off to save money.

Predictions for the future of the Internet of Things

Consumers will not be the only users of IoT devices. Cities and companies will increasingly adopt smart technologies to save time and reduce costs, which means that cities will be able to automate, remotely manage, and collect data through equipment such as automatic kiosks, camera monitoring systems, bicycle rental stations, and taxis.

Smart homes have the function of controlling systems, thermostats, lighting systems, and even coffee machines can collect data on your habits and patterns. When you set up a voice control device, you allow them to record what you say to them and store these recordings in the cloud. In most cases, the collected data helps facilitate machine learning. Machine learning is a type of artificial intelligence that can help computers “learn” without having to write programs. The way the computer is programmed is to focus on the received data. These new data can help the machine “understand” your preferences and adjust itself accordingly. For example, when a video site recommends a movie you might like, it might learn your preferences based on your past choices.

03. Cars will be smarter

The arrival of 5G will accelerate the intelligence of the automotive industry. The development of driverless cars and connected vehicles that have already been on the road will break the bottleneck of data transmission rate and transmission volume and enter a stage of rapid development. Many people don’t think that cars are IoT devices, but data from more and more devices are collected, analyzed, and connected to other IoT devices, including other car connections.

How the motor functions under the Internet of Things?

It is not difficult to find from the applications of IoT devices that many applications cannot do without the driving role of motors, such as driving parts in automobiles, medical equipment, smart homes, and so on. Under the background of the country’s vigorous promotion of the integration of industrialization and informatization, Kinmore Motor keeps up with the pace of the Internet of Things era, sustainably seeking motor upgrades, leading the motor industry first, driving future technological progress, and providing intelligent driving solutions for major industries. 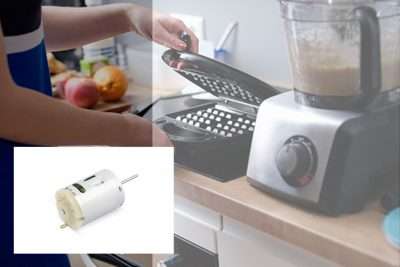